Why You Can’t Stop Arguing With Your Partner 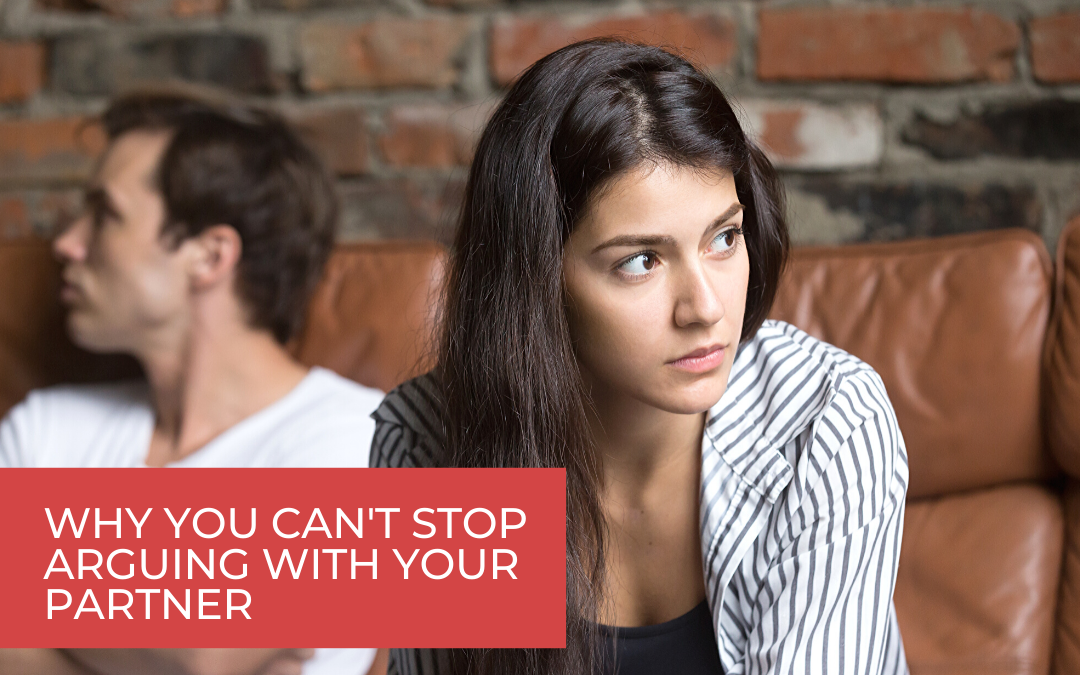 Do you wonder why you can’t stop arguing with your partner?

Ever wish that they’d admit that they were wrong?

Do you believe that if only you could win an argument you would finally have a happy, healthy, loving marriage?

Well, I’ve got some bad news for you…

You can’t argue your way to a healthy, loving marriage.

Look, you might think it’s perfectly normal to fight with your partner…that all couples argue with their partner or spouse from time to time…that if you didn’t, it would mean that you didn’t care.

I don’t agree. What I believe (and what I teach in my program) is to look within to see why you are having an argument.  My husband and I haven’t argued in years and it isn’t because I don’t care about him, it’s because I care more about my inner happiness and the relationship that we have discussions, more than an argument.

With that said, constantly arguing isn’t healthy. Sometimes those arguments aren’t really that productive, and can actually spiral into being destructive.

Almost everyone deals with daily stress. It can be from your family, your job, your friends…just about anything! However, if you let stress get the best of you, it will find its way into your relationship and there is only one thing that you can do with it — take it out on your partner.

Is there one issue that you can’t seem to let go of, take a minute to sit down and reflect on what the issue might actually be about. For example, if you grew up without a lot of money, maybe your arguments about finances get more heated than they should. Take a moment and think about if your past is driving your reactions.

It’s amazing how a little time and reflection can head off an argument. Do you raise your voice? Yelling creates so many hurt feelings, and it leads couples to say things they regret in the heat of the moment.

Did you witness your parents fighting when you were growing up? If so, the problem is, while raising you, your parents were terrible models for how to solve problems when they arise in your relationship. You might have seen your parents dig in and refuse to budge or compromise. Sadly, these skills (or non-skills) were carried into adulthood.

Why You Can’t Win

You can’t argue your way to a healthy, loving marriage.

The problem with arguing in a relationship is that it requires you to think in terms of “you vs them.”

But it’s impossible to reconnect with someone if you’re acting “against” them.

If you lose, well… you lose.

And if you win, you still actually lose.

Say you win an argument with your partner. Then what? You feel good…sure. But what about them? They’ll feel inferior and weak. They’ll resent you.

Therefore, even if you win an argument, you still lose.

Win the battle, lose the war.

So my question for you is…

Do you want to win the argument or do you want your marriage back?

Do you want to win the battle and lose the war?

Or do you want to win the war and save your marriage?

You can’t have both.

You have to choose.

When you’re ready to stop arguing and save your marriage instead, come talk to me.

I’ll teach you a simple, step-by-step process for saving your marriage that doesn’t have anything to do with arguing or fighting.

In fact, my method is about NOT arguing.

It’s about coming at each other with love and understanding, instead of guns blazing.

Turns out, this is FAR more effective than arguing and fighting.

It works great even if you’re the only one who doesn’t want to argue and fight.

Because once your partner sees that you don’t want to fight anymore, they’ll lose their desire to fight too. And then, you can both work together to restore your marriage to its former glory. According to a survey of almost 1,000 adults, couples who [communicate] effectively are 10 times more likely to have a happy relationship than those who sweep difficult issues under the carpet.

Schedule a FREE Breakthrough Session today and I’ll tell you more about how to save your marriage by arguing and fighting LESS.